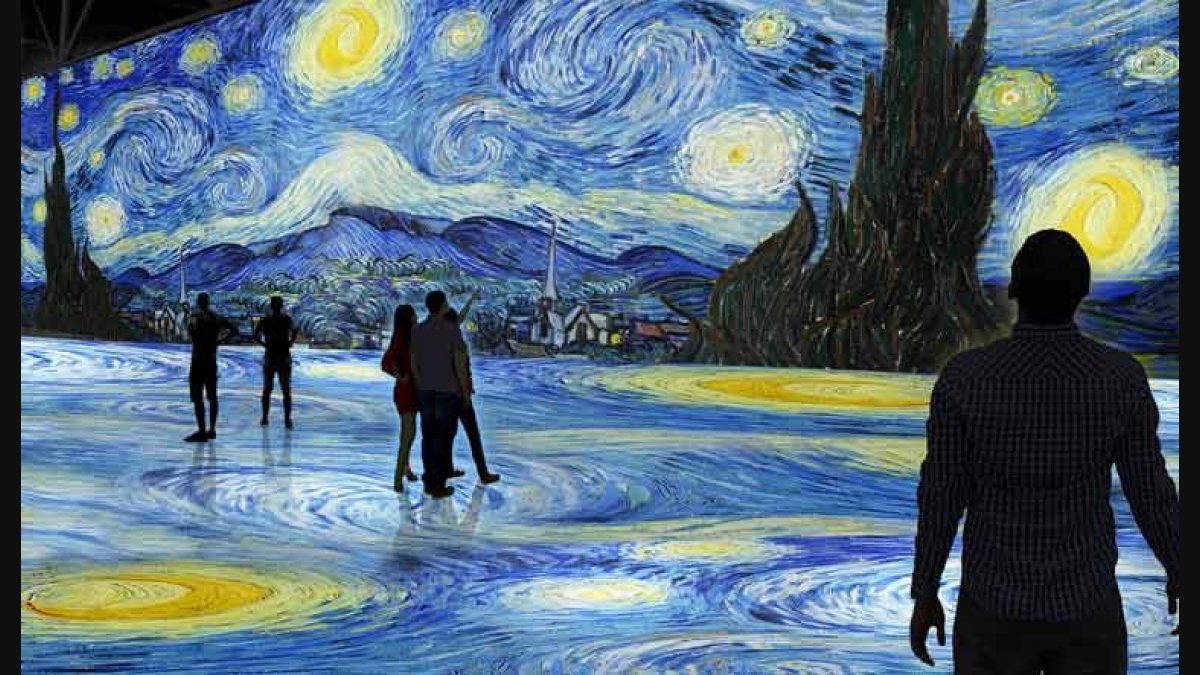 They will be once again two of the great protagonists of the year. While two of Frida Kahlo’s self-portraits will continue to be exhibited throughout 2023 at Malba and will become part of Google Arts & Culture’s free digital offer, the Mexican artist will have her immersive exhibition at the Buenos Aires Convention Center starting on January 20.

And in February another one dedicated to Van Gogh will arrive at the Buenos Aires Polo Field, different from the one that attracted more than 350,000 visitors in La Rural in 2022.

Although some of the most important cultural institutions in Argentina have not yet announced their annual programming yesterday Malba anticipated a project that will be completed in 2024.

The sculptures by Gabriel Chaile purchased months ago by Eduardo Costantini will be exhibited since then in Malba Puertos, a new Malba exhibition space in Escobar, which will begin construction next January.

The Buenos Aires action will begin on January 2 with a free summer program at the Moderno that includes meetings with invited artists, live shows and experiences aimed at sharing with the family, and accessible proposals for people with various disabilities.

Some activities require prior registration at museomoderno.org/agenda. In Mar del Plata, from the 7th of that month and throughout the summer season -also with free admission-, the MAR museum will inaugurate exhibitions by Marcela Cabutti and Marta Cali.

The Federal Capital heart of Buenos Aires will be reborn after the pandemic with Microcentro Cuenta an artistic activation program presented by the City’s Ministry of Culture in partnership with public and private institutions from February 2 to 12.

One of the promoters of the initiative is ArtHaus, a brand new multidisciplinary cultural center that will inaugurate two temporary exhibition halls of 600 square meters during the year.

The World Cup victory party will continue until winter: it continues until March at the Casa Nacional del Bicentenario, where Figurines are exhibited. Soccer appearances in Argentine art, and from December to August the National Historical Museum will host Passion of multitudes. History of soccer in Argentina.

In March, the high season for inaugurations will begin and the selected works for the prize promoted by the Andreani Foundation will be announced, which will later present works by Gabriela Golder, Amadeo Azar and Andrés Denegri.

A site-specific project by Nicola Costantino will begin at the Santander Foundation in the middle of that month which will grow like a vertical garden of ceramic flowers until September.

The Arte x Arte Foundation will present another photo about Walt Disney’s trip through Latin America in the 1940s will continue with exhibitions on the Bolivian architect Freddy Mamani and Nicolás Janowsky and the photographers Gisela Vola & Niclas Pousthomis, Guillermo Franco and Daniel Muchiut.

The National Museum of Fine Arts will launch its 2023 program with a selection of old drawings belonging to its collection; exhibitions dedicated to León and Augusto Ferrari, Alfredo Hlito, and Eduardo Sívori will follow.

Jardin Sonoro will be inaugurated at the Larreta Museum, a project by Aliana Álvarez Pacheco and Florencia Lavalle similar to the one they carried out at the Botánico. The dates for an exhibition by Hernán Marina that also links art and nature, which includes works by a dozen artists in the Andalusian garden, and another dedicated to the engravings of Francisco de Goya, remain to be defined.

In the middle of that month, a site-specific project by Nicola Costantino will begin at Santander which will grow like a vertical garden of ceramic flowers until September.

Among the Buenos Aires museums, in addition to those already collective of textile and performance art at the Buenos Aires Museum (BAM). The latter brings together works by artists from Santa Fe, Salta and Mendoza selected in the federal call Son Tus Museos, promoted by the Ministry of Culture of the Government of the City of Buenos Aires.